Video and Audio :      from  VA3HBO repeater as claimed Frequency coordinated by WNYSORC


AUDIO IN THE VIDEO ::   SHUT DOWN TFMCS
- VE3HJL HENRY -  TFMCS (Toronto ham club) acting President (whatever they call him)

The video shows the identification of the ham operators, VE3KU is buying the used DMR radio from VE3EYI as he talks about ham radio abuses of "falsifying identity" with CCS7 number

Is this the trash to expect from a ham club leader and the TFMCS -  VE3TWR 444.400 repeater :: Paul Edward Briscoe VE3KU VE3GPB maybe 60?? years old and actions are like some giddy school girl child and happy to have a few 20 year old boy listening to him 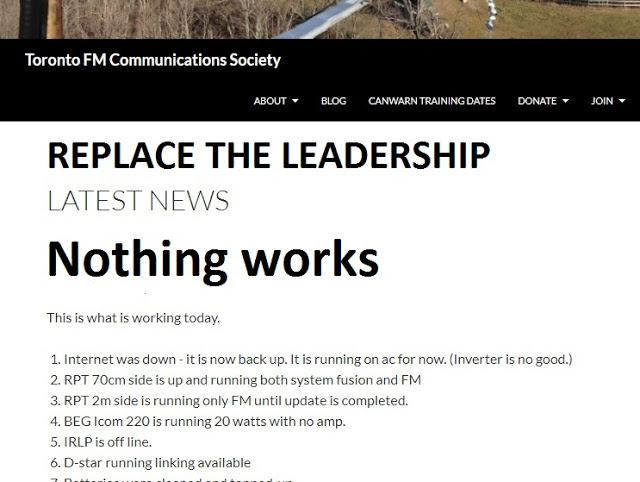 Lets clean the TRASH OUT !!

Send him to Alaska if they'll take him.  On the repeater he likes to hear himself talk and give advice, being from CBC repairs